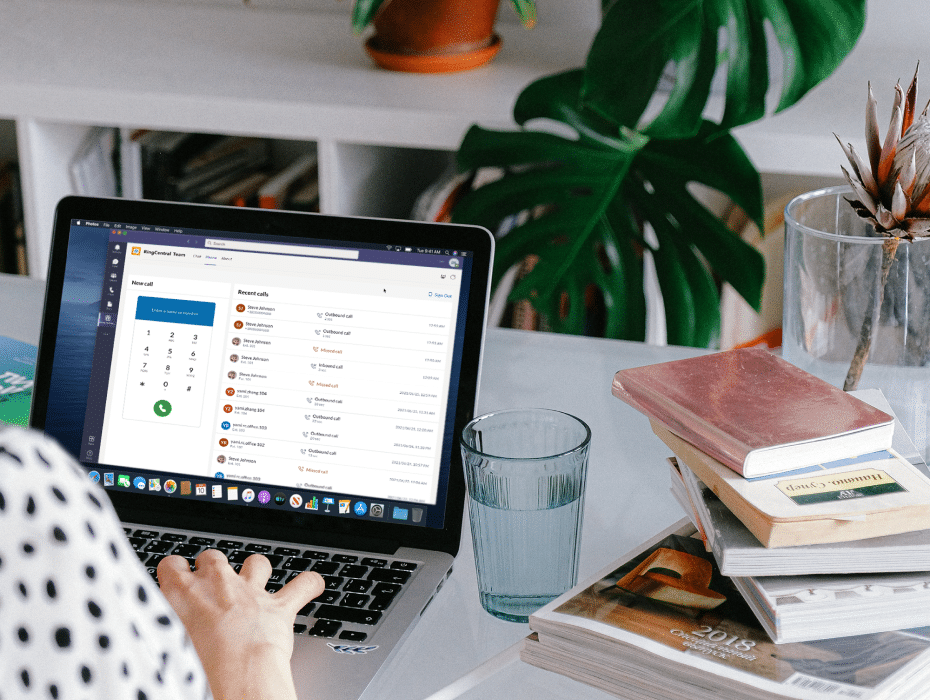 So, you’ve finally committed to Microsoft Teams (or maybe you’re getting ready to commit), and you’re ready to make the most out of your purchase. How do you get started? First, you want to make sure you don’t overlook the one key feature Microsoft Teams does not include: telephony.

Microsoft Teams can give you so much, but it doesn’t include external telephony capabilities. That means you need to set up an entirely separate system to handle public switched telephone network (PSTN) calls to enable calls outside of your business.

Learn all the facts when it comes to telephony for Microsoft Teams and find out how RingCentral can help.

Get this free white paper covering telephony for Microsoft Teams 101.

When it comes to your communications stack, it’s important that you have the flexibility to build it according to your exact business needs. Whether you prefer to have a single vendor or multiple vendors for communications, RingCentral provides you with the flexibility and options you need to be successful—no matter which tools you choose.

What is Direct Routing?

Direct Routing makes it possible for you to connect RingCentral’s enterprise-grade telephony with Microsoft Teams’ collaboration platform so you can utilize the best of both worlds.

So what are the top 12 benefits of choosing RingCentral Cloud PBX for Microsoft Teams? We’ll tell you.

Grab our datasheet to have the entire 12 benefits of RingCentral Cloud PBX for Microsoft Teams list handy.

RingCentral Cloud PBX for Microsoft Teams has 99.999% uptime SLA, which means you’ll only ever experience six minutes of downtime a year. That may not seem like a big deal until you compare it with Microsoft’s 99.9% uptime SLA, equating to nine hours of downtime.

When you’re running a business, nine hours of downtime can cause a lot of problems. Nine hours vs. six minutes—that’s a no-brainer. In fact, according to Gartner, the average cost of IT downtime is a staggering $5,600 per minute.

With a rise in security breaches, you should never settle for anything less than the best when it comes to protecting your business. Luckily, RingCentral’s security certifications include SOC 2, SOC 3, HITRUST, FINRA, HIPAA, C5, ISO 27017, ISO 27018, and GDPR compliance—meaning you will always operate securely and in accordance with industry standards.

5. Any mode, any device, anywhere

Remote work and hybrid work are becoming the rule rather than the exception. Your team needs a telephony carrier that can adapt to this new work norm. With RingCentral Cloud PBX for Microsoft Teams, users can easily communicate with any device on mobile, desktop, or web.

A single easy-to-use platform means your team can communicate externally and internally wherever they’re working.

6. Flexible according to your needs

With RingCentral Cloud PBX for Microsoft Teams, you can count on flexibility and scalability. Quickly add new users within a few seconds as your business and team grows.

Managing a new technical setup and getting it off the ground can be a pain. Save yourself the headache by letting RingCentral take over the complicated work for you. RingCentral can help maintain and operate your complete high-availability Teams Direct Routing infrastructure using Microsoft-certified session border controllers (SBC)—so you don’t have to.

Have some fun and customize your workflows with 250+ integrations in the RingCentral App Gallery and open APIs through the RingCentral developer portal. You and your team can work directly from your favorite apps, like Salesforce, Google Cloud, Zendesk, ServiceNow, and many more.

Identify key trends, set automated alerts, access quality of service, and more with RingCentral’s analytics portal. Complete visibility into all your voice communications in Teams will completely change the way you strategize your communications approach.

Choose RingCentral as your telephony carrier, and you’ll have access to local and toll-free numbers in 110+ countries. On top of that, you’ll have the power to reach 40+ countries, up from the 26 countries that Microsoft Calling Plans offers.

Centrally manage and organize your entire user base from one intuitive interface. Take advantage of Single Sign-on (SSO), so users can be automatically authenticated and connected to their RingCentral communications account when they log in to Microsoft Teams.

Howard Kennedy, a prestigious law firm in London, was looking to improve and consolidate their communications for over 400 employees after a merger and a big office move. “We already had different applications and vendors for everything,” Jonathan Freedman, Head of Technology and Security at Howard Kenndy, explains.

“We still had the on-premises phone and voicemail systems, several apps for video and audio conferencing, a standalone service for fax-to-email, and our company-issued mobile handsets, and now we had a new collaboration tool which brought us up to seven primary communication solutions—none of which were integrated.”

Howard Kennedy needed an all-in-one, easy-to-use solution that could grow with their business and adapt to a workforce that was becoming more mobile.

That’s where RingCentral entered the picture.

Freedman shared, “RingCentral took us from having to support seven communication platforms—none integrated with the others—to one unified communications platform for everything.”

Howard Kennedy implemented RingCentral Cloud PBX for Microsoft Teams with ease, and as a result, has been able to take advantage of enterprise-grade telephony and stronger reliability.

“RingCentral Cloud PBX for Teams integrated effortlessly into our Microsoft Teams environment. On top of this, RingCentral had 99.999% availability and a solid reputation for business telephony.”

Jonathan Freedman, Head of Technology and Security at Howard Kennedy

Whether your business already uses Microsoft Teams or is considering it, let RingCentral help you finish the job with enterprise-grade telephony and much more.

Buy RingCentral Cloud PBX for Microsoft Teams now and save $8. Hurry up before the offer expires September 30, 2021. Sign up here.

Previous post Looking toward the future of business communications: The latest trends Next post Startups surged during the pandemic—here’s what we can learn